AirPR: Fundamentally Change The Way PR is Executed and Valued

Today on Fjorgecast Tim is Joined by Sharam Fouladgar-Mercer, co-founder and ceo of AirPR. Sharam is the CEO of AirPR, a company he co-founded in 2011. He was an Entrepreneur in Residence at Shasta Ventures focused on consumer internet and the social graph. Prior to joining Shasta, Sharam was a Senior Associate at Sierra Ventures focused on consumer internet, enterprise software (cloud computing / virtualization), and mobile. He served as a Board Observer at Makara (sold to RedHat) and TouchCommerce. Sharam began his career as a technologist at Appian, a BPM software startup where he managed the first enterprise-wide tracking system for the Department of Homeland Security. Sharam graduated with honors with a BS in Computer Science from Princeton University and an MBA from Harvard Business School. He played NCAA D 1 ice hockey and is fluent in Farsi. 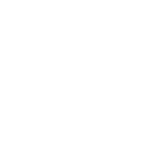 listen to some of our weekly pjodcasts