Fjorge has spent a lot of time refining our internal quality assurance process. We love finding ways to maximize our efficiency when QA testing and making sure our end-to-end process is quality from start to finish. One automation tool that we have been using to ensure both quality and efficiency is Selenium.

Selenium is an open-source tool used for testing. It automates tests carried out on different web-browsers and has a suite of tools that cater to different needs. These tools consist of:

At fjorge, we use a combination of Selenium IDE and Grid. We pair Grid with AWS device lab and run hundreds of tests in parallel so we can vet changes, modifications, and establish initial quality that continues throughout the build. An initial issue with testing was getting drivers up and running, however, Grid paired with AWS handles all of that. AWS maintains all of the drivers and hardware which takes it out of our developers’ hands, allowing them to focus on writing quality tests because the infrastructure is already there. 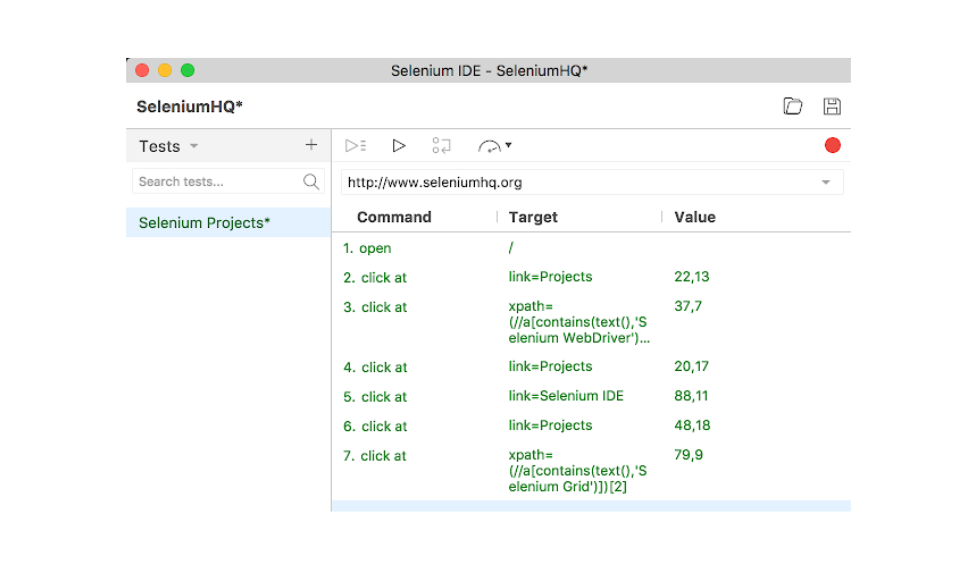 Instead of coding tests, fjorge uses Selenium IDE screen recordings to generate code, which greatly reduces time creating tests, as well as makes training other people easier. There is no new coding language needed to learn which makes the process of testing using IDE more efficient.

Some Reasons why fjorge loves Selenium:

1.Large community: Selenium is very well vetted and well established. Being open-source, there is a large community supporting and driving it. There is also a lot of documentation on it, available to reference at any given time. Selenium’s community also makes sure the product is constantly evolving with browsers. Selenium has support across all browsers, as well as support for various programming languages and frameworks.

2.Increased Efficiency: Selenium makes time from writing a test to implementing it super short. Without selenium, half the time was spent developing and the other half was spent writing tests. Selenium cuts that time through the use of IDE screen recording. Screen recording also adds an advantage because if there is a failure, it can be vetted quickly using the video documentation.

3.Cost-Effectiveness: Selenium is free and open-source, making it easy to package in our builds. Since Selenium speeds up the testing process and allows our developers to focus on quality, our clients also benefit from a quicker build and a potentially smaller bill.

Being such an easy tool to add on, our developers recognize the massive potential Selenium has for testing. We are currently using it for testing with one of our large manufacturing clients, however, we hope to begin using it on our managed services clients, as well as for testing eCommerce sites.

Overall, if you want a tool that can help you validate the quality of your site, as well as check if your site is fully functional, Selenium is worth checking out. Aside from being a well-established free tool, Selenium’s ability to improve efficiency and ensure quality is hard to beat.