A mobile app for a large field service management system

Collabetive Services has built the Blu Star Field Management System in order to help companies manage their field-based business. As part of this system, they needed a mobile application to manage their team of technicians and help to gather the information needed to perform their daily business functions. This included order tracking and data collection, billing, fulfilling regulatory requirements, tracking completed tasks, scheduling, etc. They needed an app that worked on Windows, iOS, and Android, as well as an application that could work offline. Today we use this for Adam’s Pest Control, which owns Collabetive Services to help their team of technicians manage their daily business operations, as well as assist other pest control companies.

In the course of six years, fjorge has built multiple versions of Blu Star’s mobile application. Our team used a platform called “Cordova” which allowed us to build mobile apps that work on iOS, Android, and Windows using one codebase. fjorge built a custom framework within Cordova that created structure and allowed our developers to use HTML, Javascript, and CSS to manage the app and allow for a wide variety of developers, including front end and back end developers, to work on it productively.

Today, Blu Star works closely with GPSlogix, which enables them to track their vehicles. Blu Star utilizes the GPSlogix portal, originally built by fjorge, to manage their fleet. Additionally, the Blu Star mobile app integrates with a desktop-based Blu Star portal that is used to perform the business functions listed above.

fjorge was able to help Blu Star take their processes off paper and migrate them onto the mobile application. Our team continues to improve its app and fix business problems as they arise and recently released version 2.15.

Learn more about our expertise in: 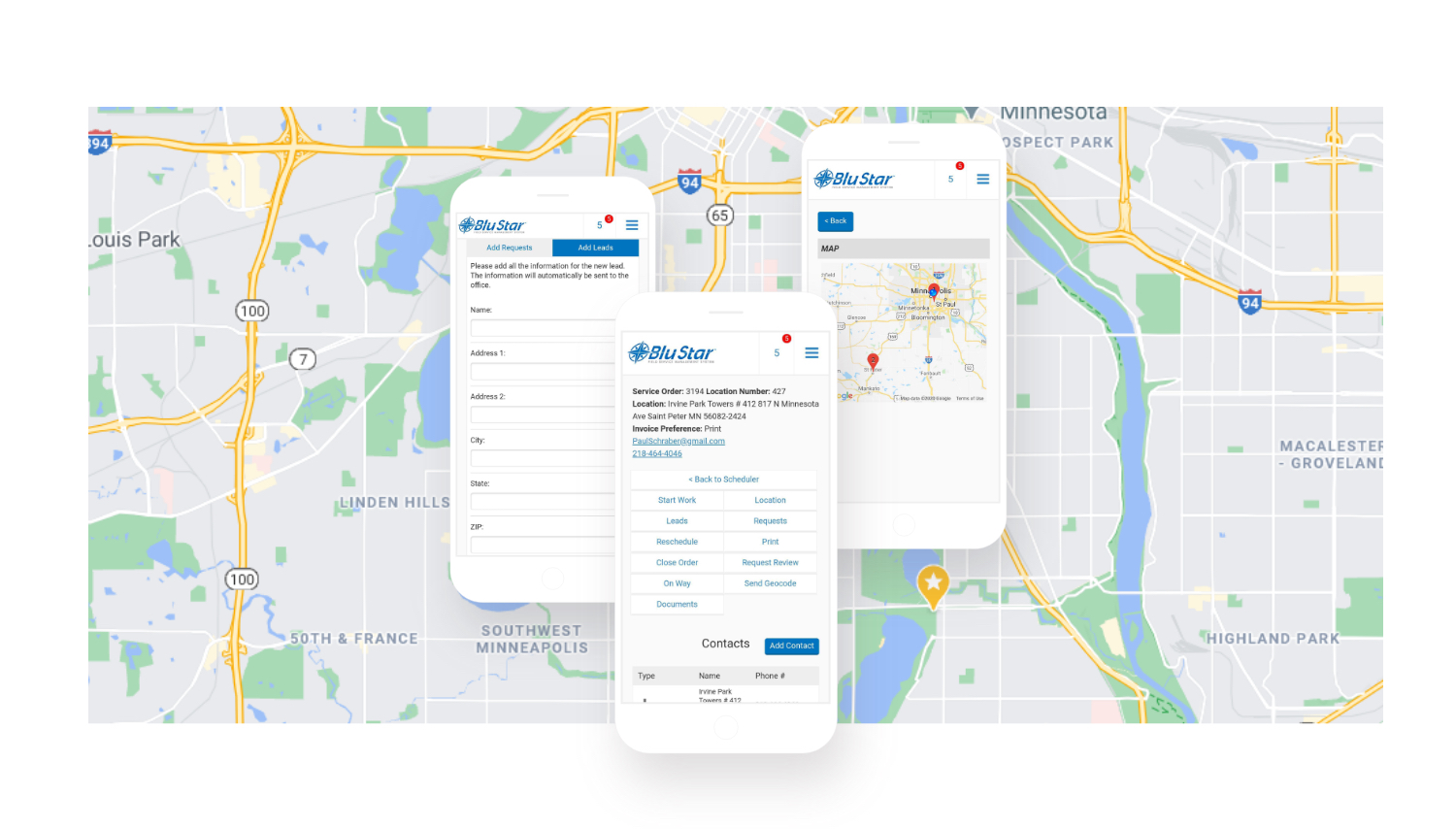